Drug addiction and abuse can greatly impact the community in West Columbia, South Carolina. Some of the impacts can include increased crime rates, hospitalizations and emergency room visits, and decreased workplace productivity.

Here, we list many of the best drug treatment facilities and centers in West Columbia, most of them with their own unique qualities. There is hope for recovery and a new life with a number of drug and alcohol addiction programs available throughout West Columbia.

There are many comprehensive drug rehabilitation programs in West Columbia, SC. If you are looking for a facility to help you or a loved one overcome an addiction to drugs, there will be a program that will suit your needs. Some of the most common drug rehabilitation programs include inpatient and outpatient treatment, 12-step and residential treatment.

Inpatient treatment involves staying at a drug rehabilitation facility for a while, typically 30 days or more. During this time, you will receive around-the-clock care from addiction specialists. This type of treatment is often recommended for those who have a severe addiction or have relapsed after previous attempts at sobriety.

Outpatient treatment allows you to live at home while attending regular counseling and therapy sessions at a drug rehabilitation center. This type of treatment is often recommended for those who have a less severe addiction or have completed an inpatient program.

Residential treatment involves living at a drug rehabilitation center for an extended period, typically 60 days or more. This type of treatment is often recommended for those who have a severe addiction or have relapsed after previous attempts at sobriety. 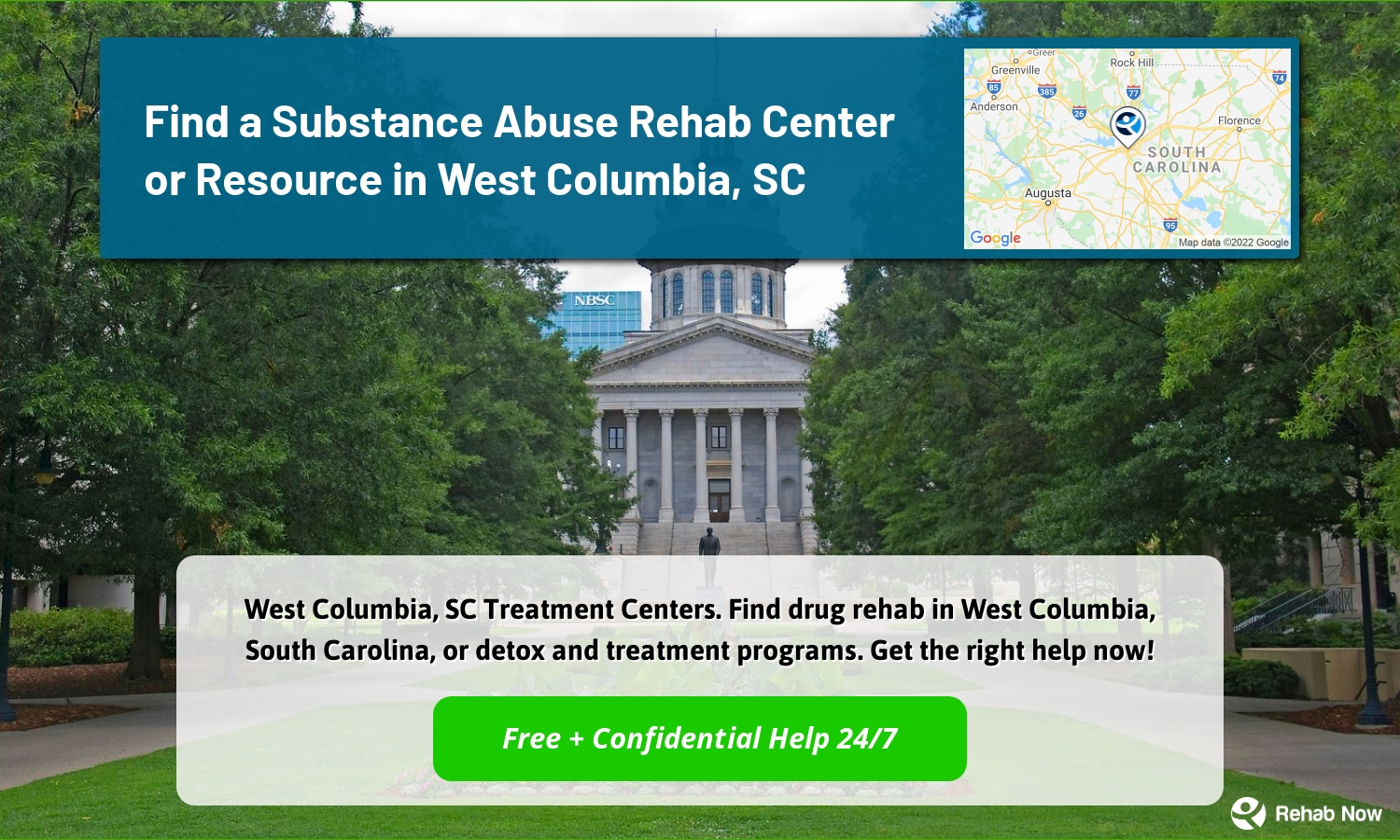 What types of treatment are available in West Columbia, South Carolina?

After getting sober, West Columbia, South Carolina, is a great place to live. There are plenty of activities and events to keep you busy, and the people in West Columbia are friendly and welcoming. Getting sober can be challenging, but it’s worth it.

According to the National Institute on Drug Abuse, South Carolina has a drug addiction rate of 8.8%. This is slightly above the national average of 8.4%. The most commonly abused drugs in South Carolina are marijuana, opioids, and cocaine. In 2017, over 18,000 hospitalizations were related to drug abuse in the state. This number has been increasing in recent years.

More than 610,000 of South Carolina residents, or a staggering 11.9% of the state population, uses illicit drugs and another 230,000 residents abuse alcohol every year. A majority of the illegal drugs used and abused are opioids. Marijuana use and underage drinking occur amongst the young residents of this state–though at a lower rate compared to the national average.

Which drug addictions are treated at drug treatment centers in West Columbia, SC?

West Columbia, South Carolina, experiences a high rate of drug-related crime. The city’s proximity to Atlanta and its status as a transportation hub make it a popular destination for drug traffickers. In addition, the city has a high rate of youth unemployment, which can lead to involvement in drug trafficking and other criminal activities.

The most common drugs found in West Columbia are crack cocaine, methamphetamine, heroin, and marijuana. Crack cocaine is the most commonly used illegal drug in the city, and its use is associated with a high rate of crime. Methamphetamine is also a problem in West Columbia, and its use is often linked to property crimes such as burglary and theft.

In recent years, the number of people arrested for drug crimes in West Columbia has increased. In 2016, the city had 1,764 drug arrests, up from 1,539 in 2015. The majority of those arrested were African American.

How Effective Are Drug Rehab Centers in West Columbia, SC?

Detoxification is the first step in most drug rehab programs. This process helps to rid the body of the drugs and alcohol that have been consumed. Detox can be uncomfortable and may even require hospitalization in some cases. However, it is a necessary step in overcoming an addiction.

Counseling is another important service offered by drug rehab centers. Counselors help patients understand their addiction and develop a plan to overcome it. Counselors also provide support and guidance to family members and friends of addicts.

Support groups are another service offered by drug rehab centers. These groups provide encouragement and support to addicts as they work to overcome their addiction. Many support groups meet regularly, and some even offer online meetings.

After rehabilitation in West Columbia, South Carolina, what should you expect from your doctor?

Most people who complete a drug rehabilitation program in West Columbia, SC, can expect to have follow-up appointments with their doctor. These appointments may be scheduled regularly, or they may only be necessary if the person experiences any problems after leaving rehab. During these appointments, the doctor will likely ask about the person’s progress in rehab and whether they are still using drugs. The doctor may also talk to the person about their goals for recovery and offer advice on how to stay on track.