Check out a facility that fits your needs on our list below, or call/email us for individualized support. There are a lot of trusted facilities in Elkhart, IN in our list, ready to help you or a loved one live a healthy and clean life, free of drug addiction starting nearby in Indiana.

Discover Treatment Options with an Expert

Elkhart, Indiana, has comprehensive drug rehabilitation programs. The most effective program for an individual will depend on the severity of their addiction and the types of drugs they are using.

Other drug rehabilitation programs in Elkhart, Indiana, provide a more general approach to treatment. These programs may treat all types of drug addiction or focus on treating a certain type of addiction.

It is important to remember that addiction is a chronic disease and will require lifelong treatment. Even after an addict has completed a drug rehabilitation program. 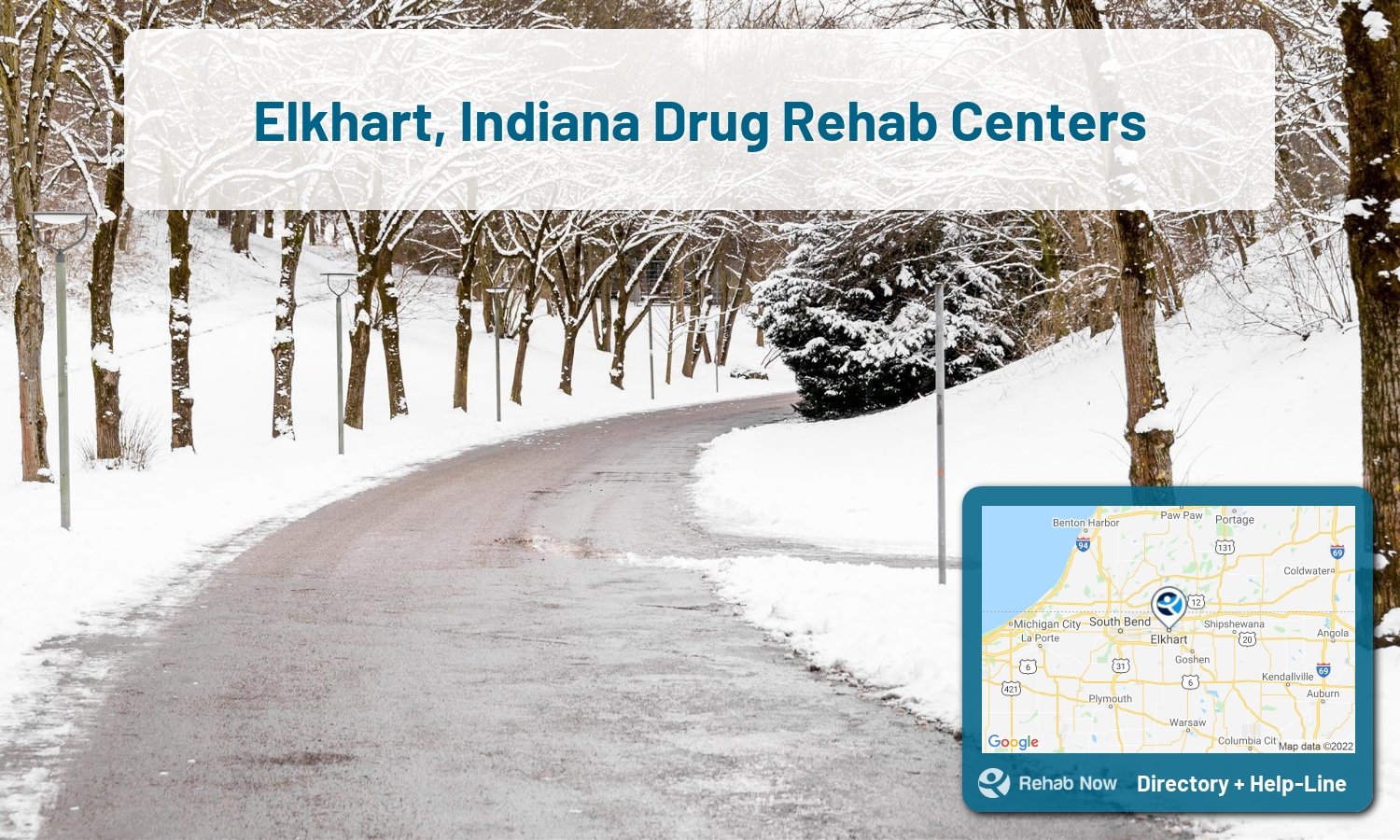 What types of treatment are available in Elkhart, Indiana?

Elkhart, Indiana, is a great place to get sober. There are plenty of drug rehab centers in the area, and people in the community support those trying to overcome addiction. Life is great in Elkhart after getting sober! The community is supportive, and there are plenty of opportunities for people to get involved in activities they love. There are also plenty of jobs available in the area, so people can support themselves while they recover from addiction.

The state of Indiana ranks 14th in the nation for drug abuse, but 17th for drug overdoses. The state has many high-quality rehabilitation centers, but reports show that there are about 20 deaths per 100,000 people. This is due to its location making it a drug trafficking haven, where many drugs are further distributed into the country.

Which drug addictions are treated at drug treatment centers in Elkhart, IN?

How Effective Are Drug Rehab Centers in Elkhart, IN?

There are many different types of drug rehab centers in Elkhart, IN. Some specialize in treating certain types of addiction, while others may offer a more general approach. It is important to find a drug rehab center that offers the type of treatment best suited for the individual’s needs. For example, some people may benefit from a 12-step program, while others may prefer a more holistic approach.

The length of time someone has been addicted will also affect the effectiveness of a drug rehab center. If someone has been addicted for a long time, they may have a harder time overcoming their addiction than someone just beginning to struggle with addiction. It is important to find a drug rehab center that offers treatment for both short-term and long-term addicts.

Elkhart, IN Treatment Centers. Find drug rehab in Elkhart, Indiana, or detox and treatment programs. Get the right help now! (888) 674-0062